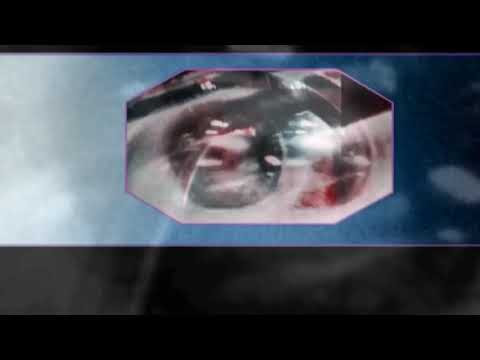 The Collective Eye is on...  WHAT SHOULD THE WORLD KNOW ABOUT YOU?   The world should know as little about me as possible. I don't want to be famous (though it would be nice if a few more people had read my books 😉 ) I just want the world to carry on ignoring me although enjoying the books, and perhaps wondering what sort of strange person created them. HOW WOULD YOU DESCRIBE YOUR BOOKS? & WHO OR WHAT INSPIRED YOU TO START WRITING ?  I started off writing when I was 18. I was trying to create a world in which I would be happy, I think. I created 4 books at this time. Herai, Damon Ich, Stolid and Rael. These last two still waiting to be published. Then I spent the next 27 years trying to survive, earning a living and working hard in a job I was probably unsuited too. Finally this done, I was able to concentrate on finishing the books, and (as the world had changed) publishing them. This explains the weird duality in my books: the sections which appear to be written by a much
Read more

The Collective Eye is on...  WHAT SHOULD THE WORLD KNOW ABOUT YOU?   I'm a wee Scottish expat living in Finland with my Darlin Husband. We've been together for over 12 years and he's my best friend, and sometimes editor of my blog posts. I write an entertainment blog on all things entertainment which includes films and TV and remembrance posts to blogathons. I love this entertainment niche as I've met lots of lovely people so far be they fellow bloggers or those who work in the entertainment field.  I do try actively to tag those acting talents I write about in my entertainment reviews. I like to think of it as my wee thank you to their performance in the film or TV Show I'm writing about. So I usually get superexcited if an actress or actor retweets, likes a post or follows me.  HOW WOULD YOU DESCRIBE YOUR BLOG?  My blog kind of evolved in both posts and pages and I was lucky to find a theme that showcased these both perfectly. I usually write about entertainment
Post a Comment
Read more

The Collective Eye is on...  WHAT SHOULD THE WORLD KNOW ABOUT YOU?   First and foremost, that this music is for me. I created it because I’ve always wanted to make music and because I have things inside me that I feel I need to release into the world. I am someone who consistently asks the same question: What’s this (*waves arms*) all about? Is it about anything at all? I don’t have an answer, but the music is an exploration of the question.  Some of the feedback I’ve received on this body of work is that it’s dark. But it simply has to be that way. I’ll talk more about that in a minute, but what I want people to know is that while it’s true that the music may feel or sound bleak, there’s always an element of hope weaving through it for me. There’s always hope because that’s what keeps us moving forward. How could we keep going without hope?  Much of what I do comes from places in me I can’t identify or describe, and I don’t set out to create a narrative: My job as an artist is actua
Post a Comment
Read more

The Collective Eye is on...  \ WHAT SHOULD THE WORLD KNOW ABOUT YOU?   As a lifelong introvert, the idea of “the world” knowing about me is terrifying, but I’d say my Twitter handle “LateBloomer924” says it all. There’s no cap on finding yourself. I wrote as a kid and young adult, deserted it because, well, real life has an annoying habit of getting in the way. I started writing again at the age of 40, and published for the first time that same year.  HOW WOULD YOU DESCRIBE YOUR BOOKS?  I’d call them pure diversion: thrilling, fun and sexy with characters sure to kindle a crush.  WHO OR WHAT INSPIRED YOU TO START WRITING?  I’ve always loved reading from a very young age. I fell in love with those moments of escape. Around the age of twelve, I discovered The Outsiders. The characters touched me and I found I related so much to them. Maybe a lot of it was in my head, but it prompted me to try writing my own young adult stuff. I don’t want to say they were “scary bad,” but they were clo
Read more

The Collective Eye is on...  WHAT SHOULD THE WORLD KNOW ABOUT YOU?    In a previous professional existence, I was an accountant and an auditor. I became Mr. Mom for a while, then moved into a position writing descriptions of stamp collections. Thanks to the Pandemic, I am once again a house husband, splitting time with Twitter and writing children’s fiction adventures with talking dinosaurs. HOW WOULD YOU DESCRIBE YOUR BLOG?  My blog is a mixture of articles about film and music, some genealogy, photo essays, attempts at humor, dinosaurs, and anything that I enjoy thinking about. My brain tends to be all over the place and this blog is an outlet for it. WHAT INSPIRED YOU TO CREATE  UNTIL THE LIGHTS GO UP?  I have been part of a friend’s blog (BloodyWhisper) which deals with horror, regardless of the medium. It was my first chance to be “published”. I’ve done reviews, articles, and some short fiction. Until the Lights Go Up is a place for other things about me. It allows me to talk ab
Post a Comment
Read more

The Collective Eye is on...  WHAT SHOULD THE WORLD KNOW ABOUT YOU?   Our drummer is a skeleton with boobs! (Or as I like to spell it, bewbs)! And we’ll throw Twinkies at you!🤪 HOW WOULD YOU DESCRIBE YOUR MUSIC?  We’ve always described our music as Halloween Electro-punk! Our newer Tasteless Tales of Terror have also been described as Horror Punk, gothic, & industrial.  WHAT INSPIRED YOU TO FORM  BRICKLAYER BOSH?  Musical world domination, BWAHAHAHA!!!  We, however, had a bit of a Spinal Tap drummer curse though (drummers just kept exploding🤷🏻‍♀️), so in the spirit of Weird Science we created our sexy supermodel drummer Tatum Elvyra Korg   And we’ve been a Halloween party band ever since  WHO ARE 5 OF YOUR FAVORITE MUSIC ARTISTS?  (Soooooo much great music out there, it’s so hard to pick just 5!) Oingo Boingo, The Sugarcubes/ 90’s Björk, Killing Joke, Sneaker Pimps, and 80’s rock & new wave in general  IF YOU WERE A MUSICAL INSTRUMENT, WHICH WOULD IT BE & WHY?  I would be
Read more

The Collective Eye is on...  WHAT SHOULD THE WORLD KNOW ABOUT YOU?   There really isn't anything I need the world to know about me. I'm fine with people getting to know me, through Twitter or my blog, and making up their own minds.  HOW WOULD YOU DESCRIBE YOUR BLOG?  My blog is my gay opinion about anything I feel passionate about or things that amuse me in my life. Mostly it's about female musicians (my divas) who I feel deserve to be known and heard. I think mainstream media focuses on artists (mostly males) who are "popular" while indie artists, who are just as or even more talented, don't get the attention they deserve. If I can get an indie diva a little more recognition, then my blog is making the world a better place.  WHAT INSPIRED YOU TO CREATE  MY GAY OPINION?  It started as a suggestion from my computer-savvy partner, he set me up with the bare bones and I took it from there....much to his chagrin. I first had a gig on the website, Fiverr, where I
Post a Comment
Read more
More posts