WHAT SHOULD THE WORLD KNOW ABOUT YOU?

We have been friends since middle school and fans of horror and B-movies since the invention of the video rental store. In the eighties, we watched the original Halloween about two dozen times over a two year span. With a group of friends, we even filmed our own version of numerous scenes from the movie including wandering the grounds of the local psychiatric hospital in the middle of the night in bathrobes.

…If we reveal anything more, we would have to kill you.

HOW WOULD YOU DESCRIBE YOUR BLOG?

It’s all about horror: good and bad. We don’t discriminate.

WHO/WHAT INSPIRED YOU TO START BLOGGING?

Michael: I’m a fan of author John Joseph Miller (probably best known as a contributor to George R. R. Martin’s Wild Card series). He used to write for a blog called Cheese-Magnet (all hail the Cheese-Magnet) and after conversing with him and some of the other bloggers on the site, I weaseled my way into becoming a contributor. Cheese-Magnet faded away but I still have the blogging bug thanks to John.

WHO ARE 5 OF YOUR FAVORITE CINEMATIC MANIACS?

3. Blake from The Fog

4. Jack Torrance from The Shining

5. Bruce (the shark from Jaws)

Andrew: Anything from the sorority house in Black Christmas.

Michael: I have to leave the horror genre to answer this one. I am also a giant fan of classic cartoons and collect antique toys and memorabilia related to the Looney Tunes. So I would have to be a Looney Tunes ornament and specifically the one released in 1993 by Hallmark depicting Wile E. Coyote and the Road Runner chasing each other. 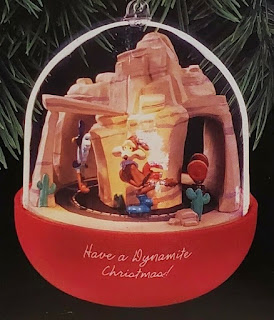 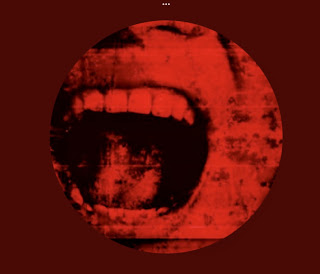 We now take you to the Van Der Van mansion, a combustible microcosm of secrets and lies.  Widowed matriarch Anapola Van Der Van keeps a steely eye on her emotional web which threatens to entangle her daughter, a former stable boy, and a one-armed gardener in an inescapable trap of lust and desire. get ebook
Read more

tales from the freakboy zone...

...is an eclectic blog full of short stories, so-called poetry and miscellaneously random ramblings from the bent mind of John L. Harmon.  He began telling these tales in May of 2013, but feared he would have to permanently end this blog in December of 2016 when he lost a chunk of his vision.  John slowly found his way back to these tales during the summer of 2017 and now continues full freaky steam ahead.
Read more

...is a visual blog/vlog full of eclectic videos created with the half-blind eyes of John L. Harmon.  These files were first opened in May of 2017 as a way to keep his creative spark burning within his newly visually impaired life.  Now John sees The FreakOptic Files as a unique avenue to express his eccentric creativity.
Read more